After BBNAIJA Star, White Money posted new photos on his official Instagram page, some of his followers have reacted to the photo on social media. As we all know, White Money is the most influential housemate in the Big Brother Naija Show Season 6 that just ended. 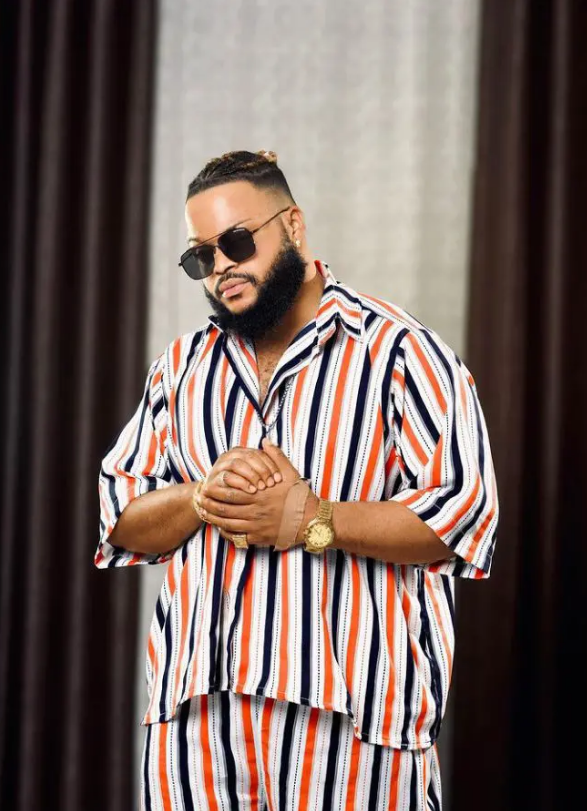 That's why it's no surprise that every time fans show his great attention and recognition on social media. Earlier today, White Money posted a new photo on his official Instagram page, revealing his current health to fans.

You will recall that the BBNAIJA Star was hospitalized after suddenly fainting at the hotel. According to reports, White Money's sudden collapse was due to the pressure he went through during media interviews. It is believed that since he left the BBNAIJA House ten days ago, he has not had enough rest. Earlier today, White Money posted a photo on Instagram to let his fans know he has recovered from the illness.

Celebrities such as Saskay, Kaisha, and Mercy Eke all posted positive comments on White Money's Instagram page. Check out their reaction below; 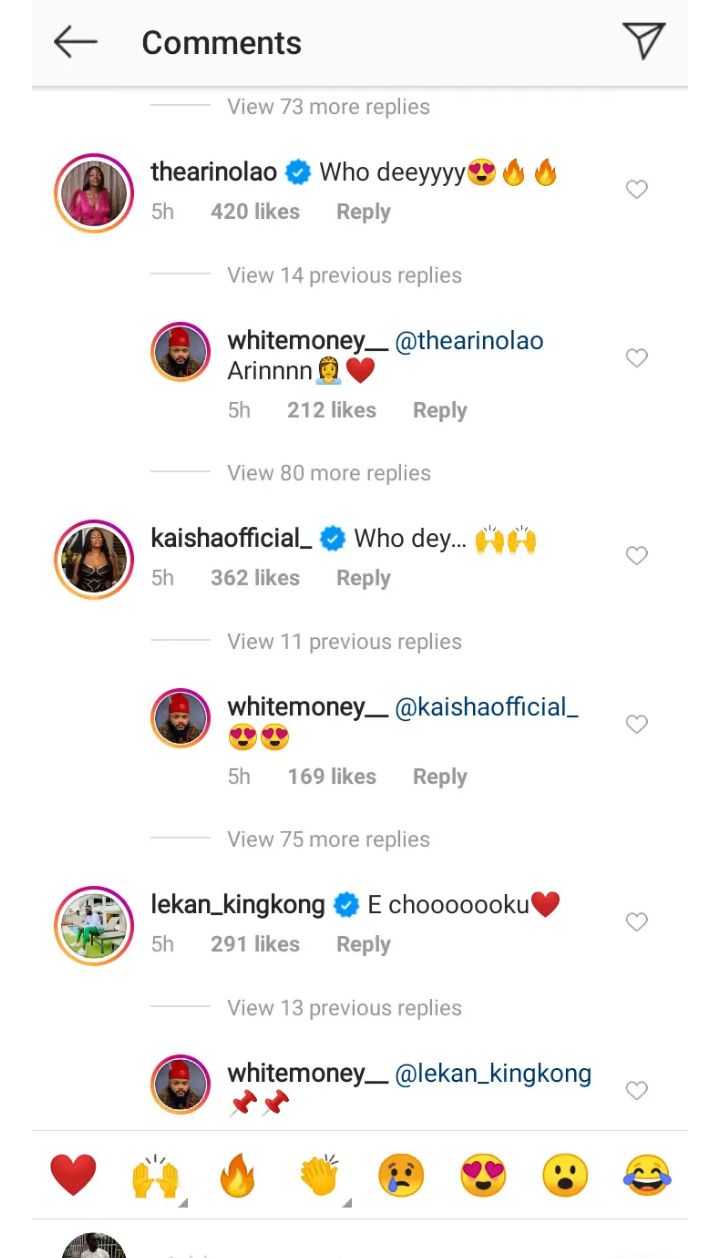 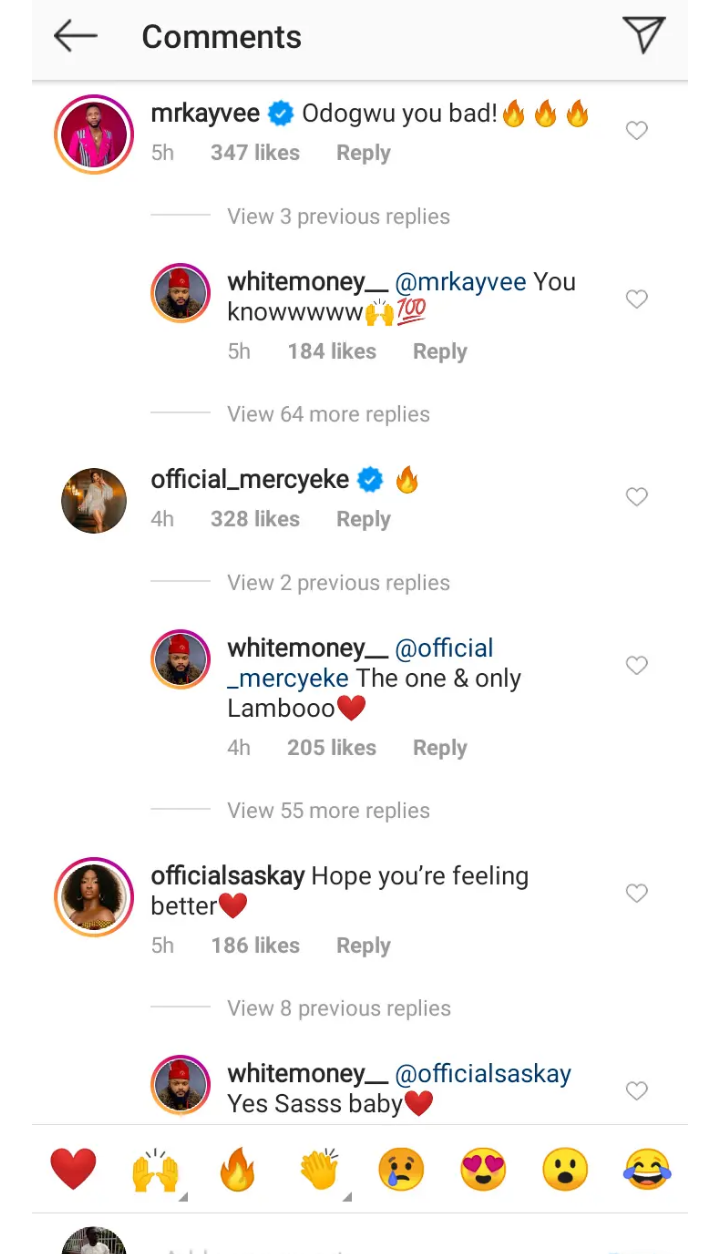 Content created and supplied by: World_Wide (via Opera
News )

"You Called Sunday Igboho My Brother, You Have Forgotten Your Brother...